Hairpin NAT on the Edge Gateway

Hairpin NAT can be used to access a host behind a NAT while also being behind that same NAT.

This guide covers configuring Hairpin NAT on the Edge Gateway through the VMware Cloud Director interface. 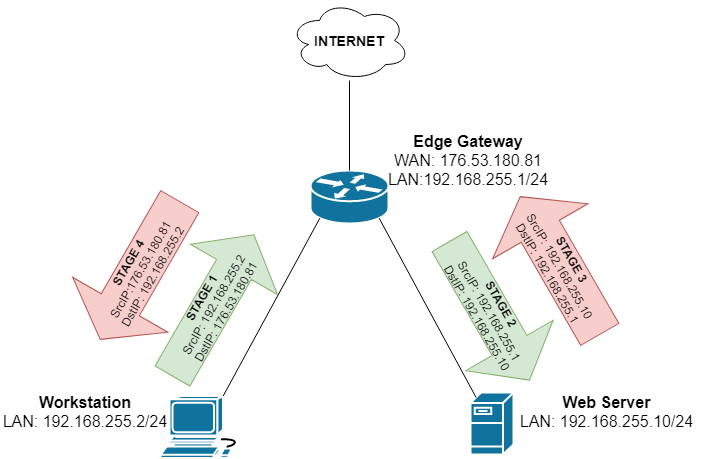 Stage 4: The Edge Gateway uses Connection Tracker to replace the addresses replaced in Stage 2 with the original addresses, and sends a response from the Web Server to the Workstation.

Configuring the Firewall on the Edge Gateway

An example of configuring Firewall rules in the screenshot below.

Rule #3 is used to access the Web Server from the Workstation.

Rule #4 is used to access the Web Server from the Internet.

Configuring NAT on the Edge Gateway

An example of NAT configuration is shown in the screenshot below.

196609 - SNAT - for access to the Internet from machines on the local network;

196612 - SNAT - Workstation address spoofing to Edge Gateway address in the local network (between Stage 1 and Stage 2);

In the Applied on the column for "Hairpin rules", you should specify the local Edge Gateway interface. 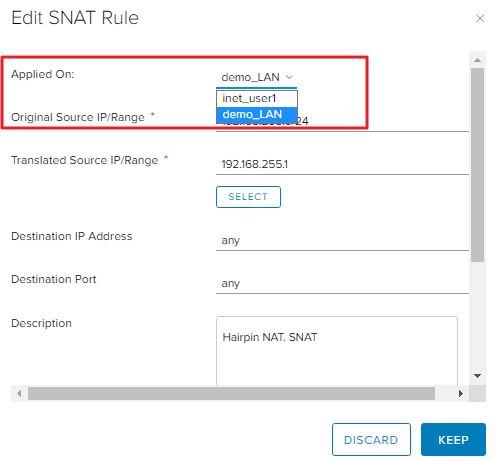 You can also make Hairpin NAT for other ports/protocols by creating additional DNAT rules similar to those for HTTP and HTTPS.

Have you tested Cloud4Y Cloud Hosting service? Not yet?

Send a request and get 10 days of free access

Sometimes you may have problems configuring the virtual router when port forwarding is not...

Diagnostics of network connections on a virtual EDGE router (Part 2)

In this article, we will consider the possibility of capturing network packets on EDGE with its...

Edge Load Balancer is actually a HAProxy and supports different ways of balancing traffic between...